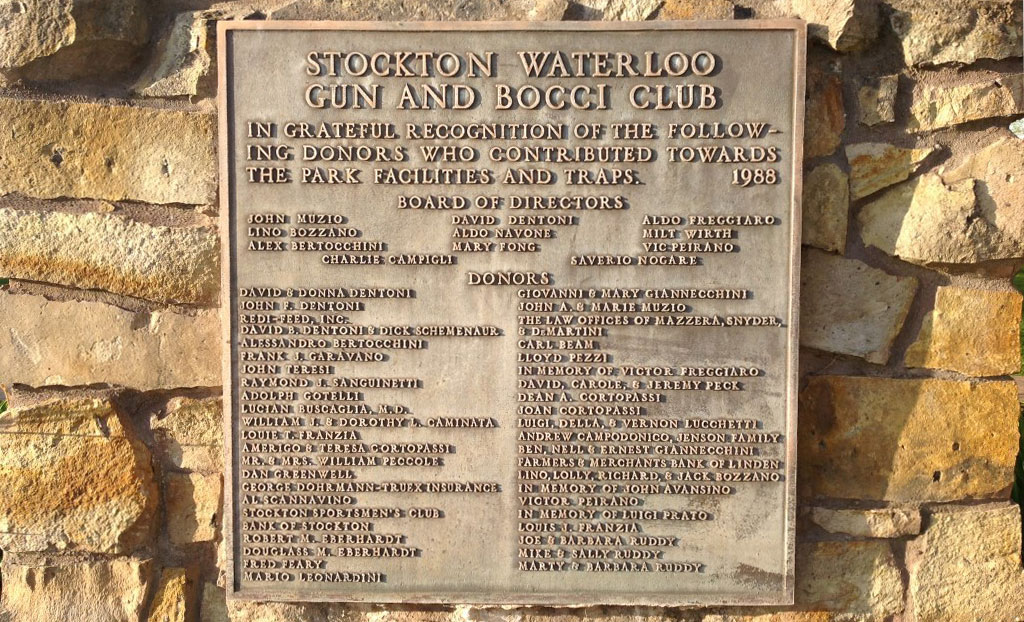 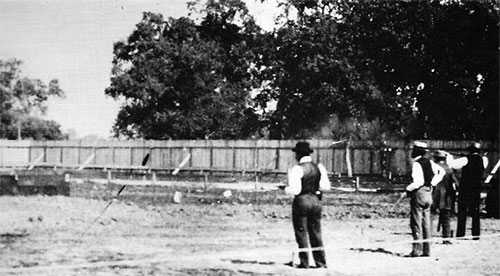 The first gun clubs in Stockton met on Banner Island in the 19th century. The small island along the north bank of Stockton Channel just west of Eldorado Street. The land, long since conneceted to the shore by fill, was later the site of the Guntert-Zimmerman steel fabricating yard. In the old days there was a shooting range for target practice and sharp shooting contests. With further development at Oak Park at California St. and Alpine Ave., the gun clubs moved to this site. In 1902, a trap shoot was erected, and shooting matches were held there for years. Some of the clubs around Stockton during that period were the Mormon Slough Gun Club, Stockton Gun Club, Roberts Island Gun Club and the Tule Gun Club. 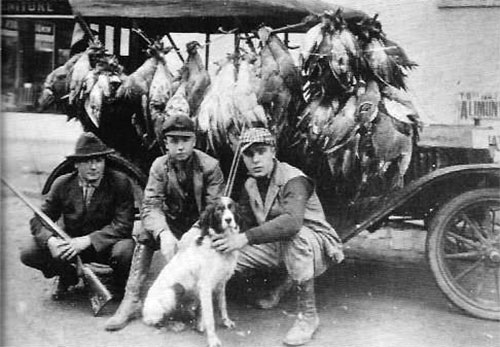 In 1916 the limit was 25 birds per person. Posing in front of the Model T Ford are (lt to rt) Tony Gotelli, Vic Leonardini and Harry Mazzera. 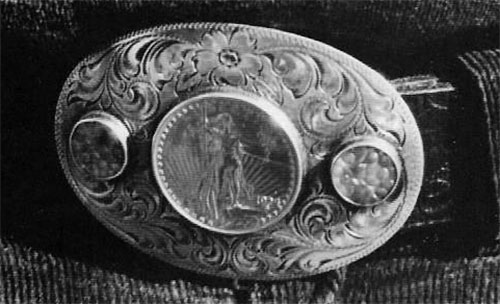 Some of the finest Trap Shooters in the State compete for Silver Belt Buckles with gold coins and cash prizes.

In 1947 the first group of gun enthusiasts on Stockton’s East side started shooting trap on the north end of the Lucky Ranch along Mosher slough. They built a makeshift target practice area where they shot from the bank.

In 1948 the group moved to Jack Tone Road and called the club The Calaveras Blue Rock Gun Club. They had one trap field. As more shooters starting shooting they knew that they were out-growing the facility and decided to look to buy or rent a bigger place.

In 1953 they found the perfect place. They rented two acres of 35 acres near Waterloo Road with the intension to purchase the entire 35 acres in the future. 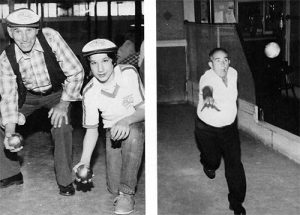 This is the largest crowd to attend a shooting exhibition at the Waterloo Club. Nearly 500 gun enthusiasts watch the great Pro. Herb Parsons, perform his spectacular marksmanship. This 1958 event was sponsored by the Winchester Arms Company. 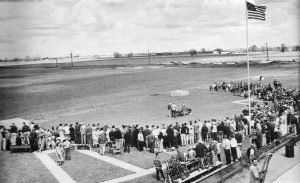 In the late 50’s the 35 acres parcel was purchased. As the years went by the club purchased another 10 acres for a total of 44 acres. They built a small 6’ x 8’ building used to sell tickets to shoot a round of trap. They installed 4 trap fields and they were on their way.

Soon some bocce ball players became interested in sharing the grounds with the shooting club. As a result of their first meeting they decided to unite and sold shares at $25.00/share. They sold enough shares to build a building to accommodate 500 people including a bar, lounge and four lane indoor bocce court. 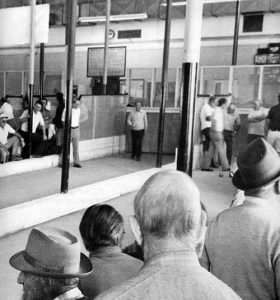 In early 1960’s the club added some more improvements of a paved parking lot, a couple more trap fields, the famous duck tower used by the duck hunters and a picnic/park area.

In 1967 we added 24 motor home hook ups to accommodate the traveling shooters and bocce players.

In the early 1970’s 2 skeet fields were added that required a puller in each house to throw the targets.

By the 1980’s we had four overlay skeet fields and 14 trap fields. In the meantime the Waterloo Gun Club was getting pressured by the insurance company by raising their insurance so high that it was becoming a financial burden for the club due to the fact that they were serving alcohol. The club decided to split the shooting club from the bocce club in order to lower the insurance rates. A shooting club was formed: Stockton Trap and Skeet Club. 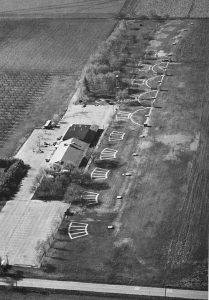 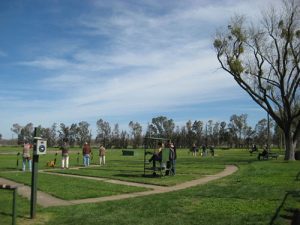 In the early 90’s we were given a double wide trailer known as the Teresi Hall it is used today as the shooters club house. 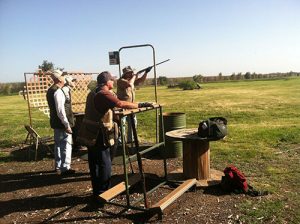 Most of the improvements of our club have been by club revenue, fund raisers and donations by private parties. We would like to thank all the people that donated time, their expertise and the funds to make the club what it is today.

Built on Tradition We look forward to seeing to you!